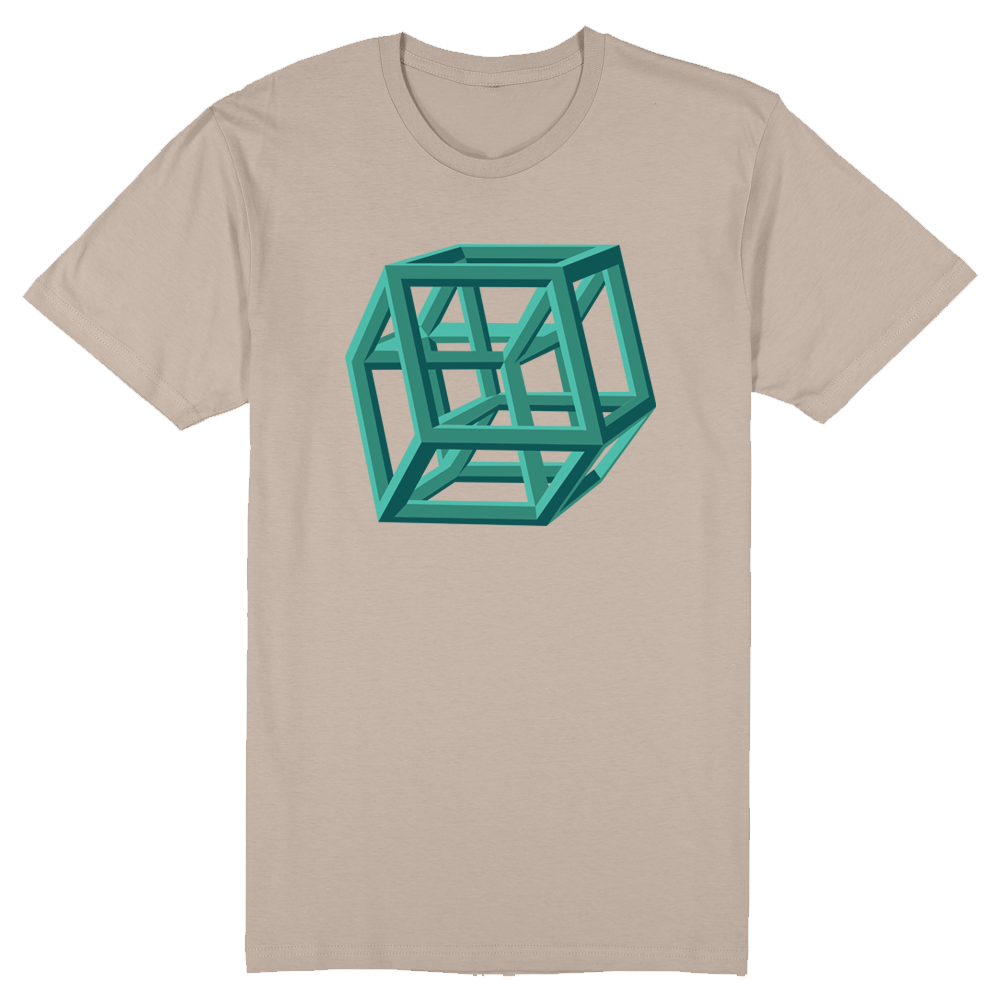 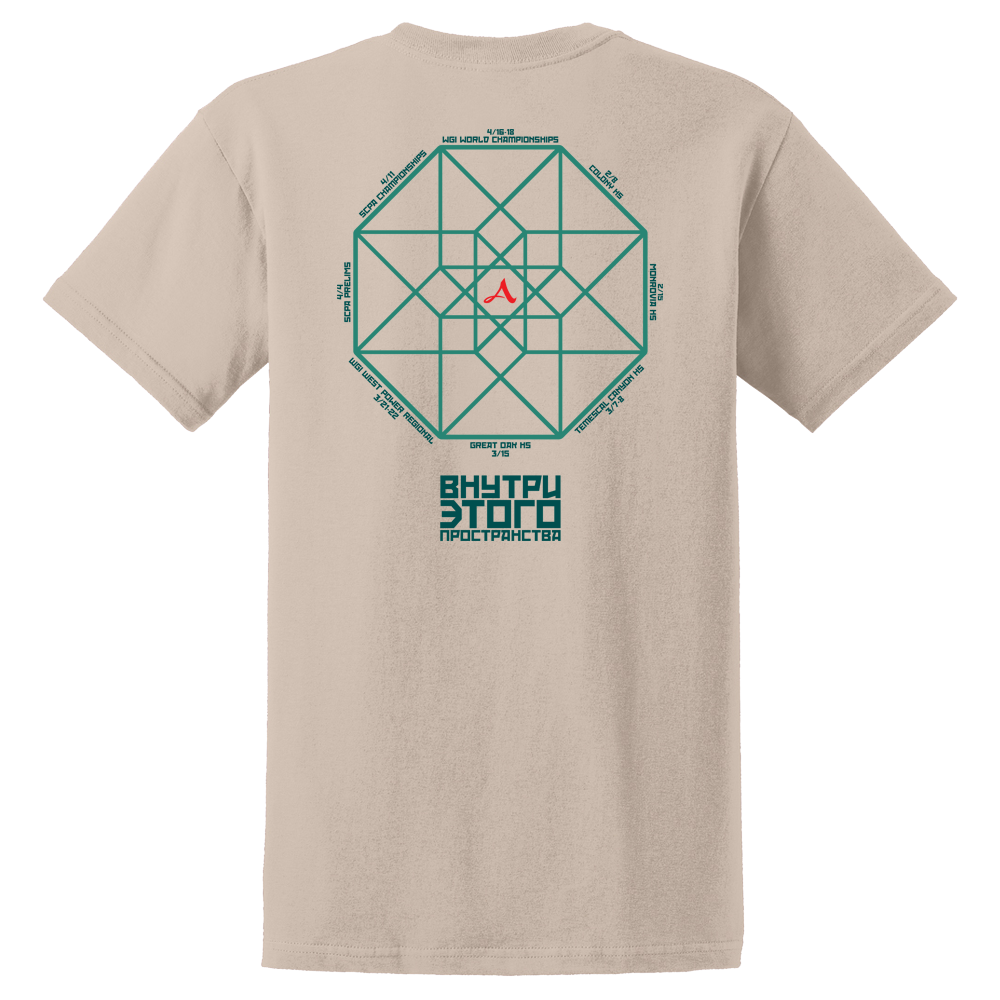 The Ayala HS Percussion Ensemble's 2020 Show was called "Inside this Space," and was an exploration on the concept of areas within other areas. I was commissioned to create an illustration for the production, and I went for something very geometrically oriented.

As the idea behind the show was highly conceptual and abstract in nature, we chose to illustrate "Inside this Space" using a hypercube, which is also an abstraction that we use to generalize spaces in 4 dimensions. Production wise, depicting a geometric figure with simple amounts of shading allowed us to take advantage of our plastisol print process, laying down a vibrant graphic that's resistant and will stand the test of time.