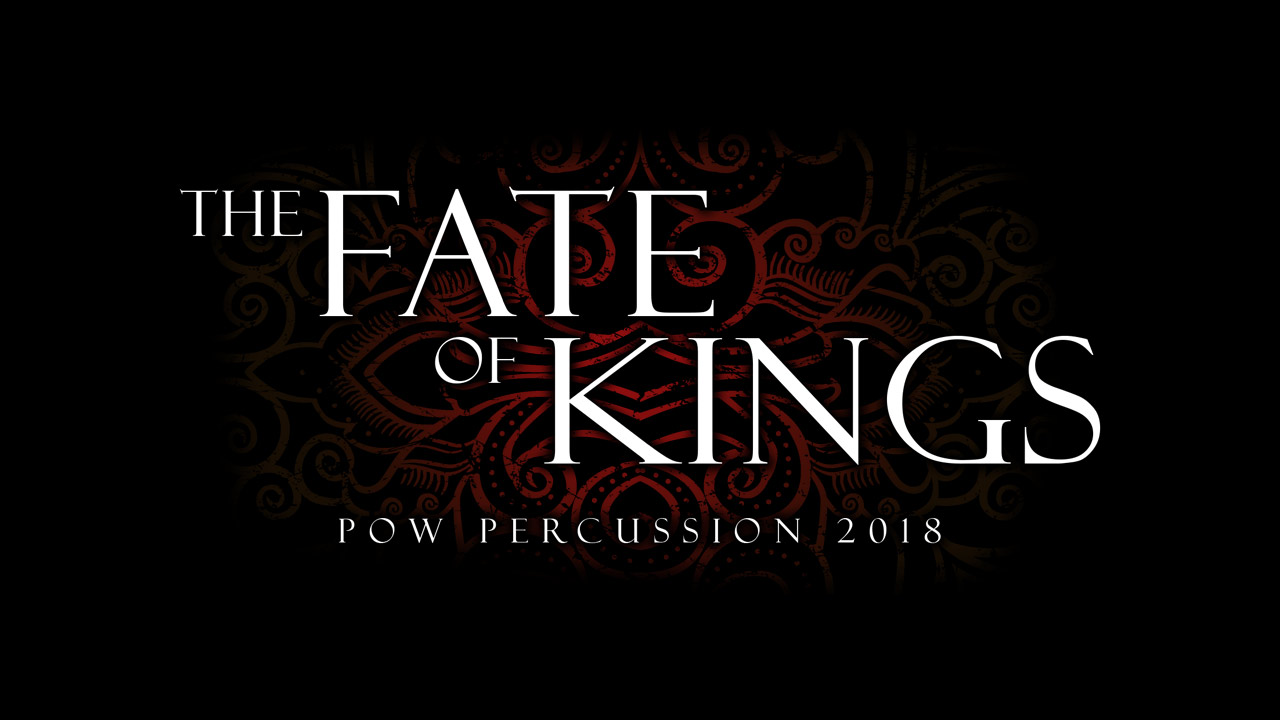 The Fate of Kings

POW Percussion is a World Class Independent indoor percussion ensemble that competes primarily in the SCPA and WGI performance circuits. Ever since their transition from open class to world class, POW has continued to set the standard higher and higher, becoming a perennial Finalist competitor in recent years.

When I was on the battery staff for POW for the 2018 season, I was commissioned to also take some pre-existing artwork that had been adapted for the show and modify it and integrate it for different applications. My artwork came to be used for things like the show floor, the graphics for the drum shell wraps, and a show shirt design for the season, which was printed digitally using the direct-to-garment process.