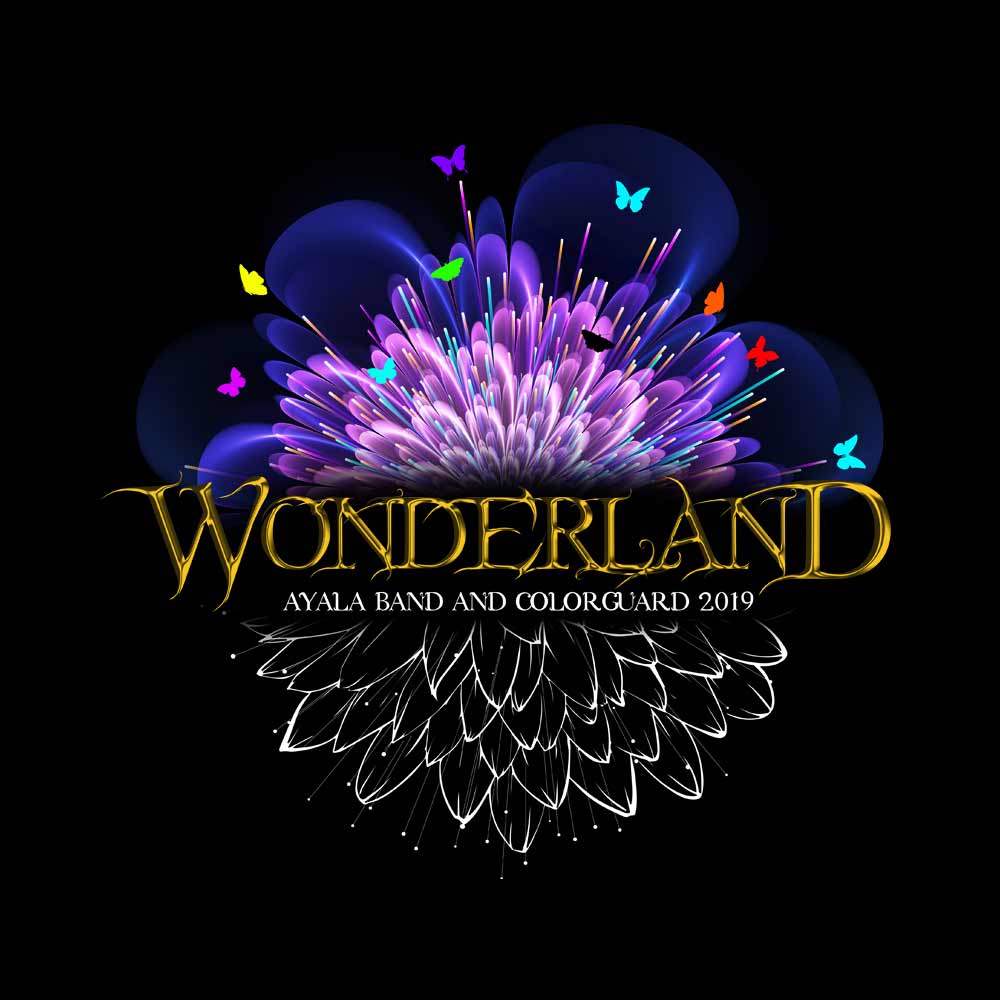 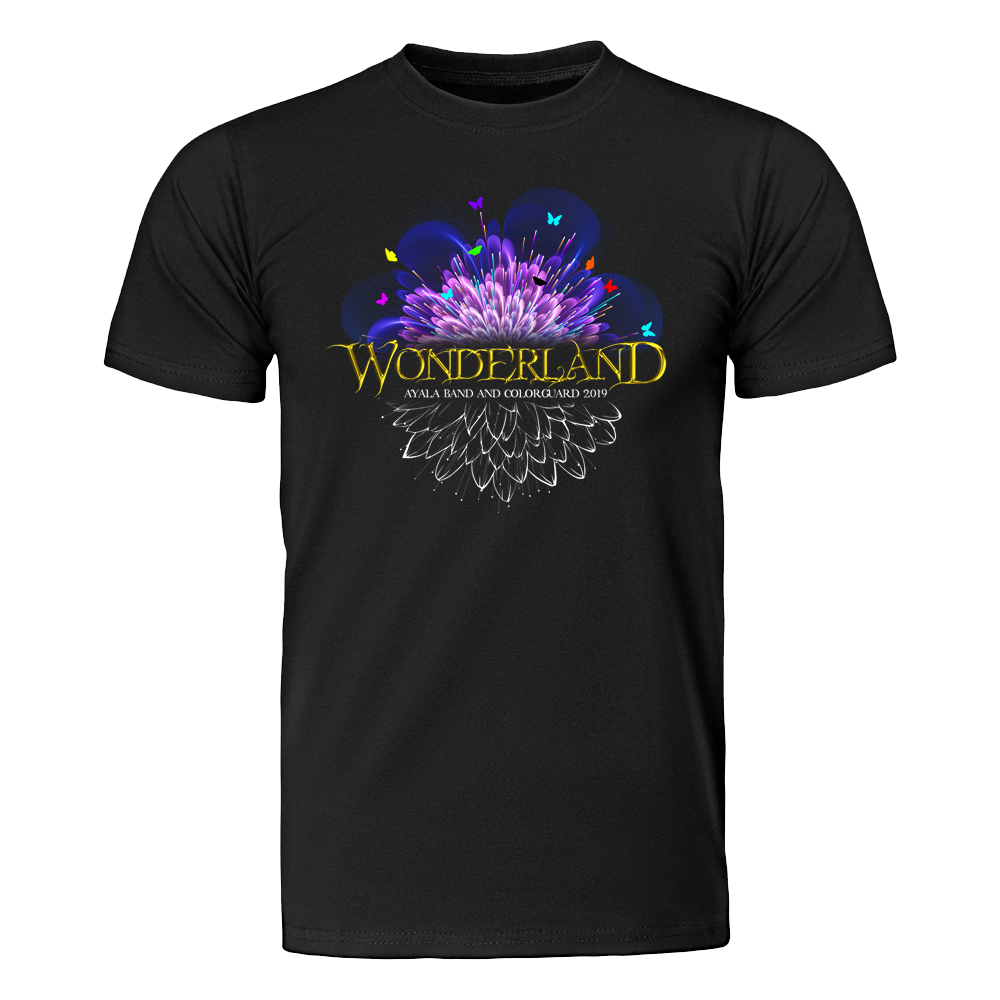 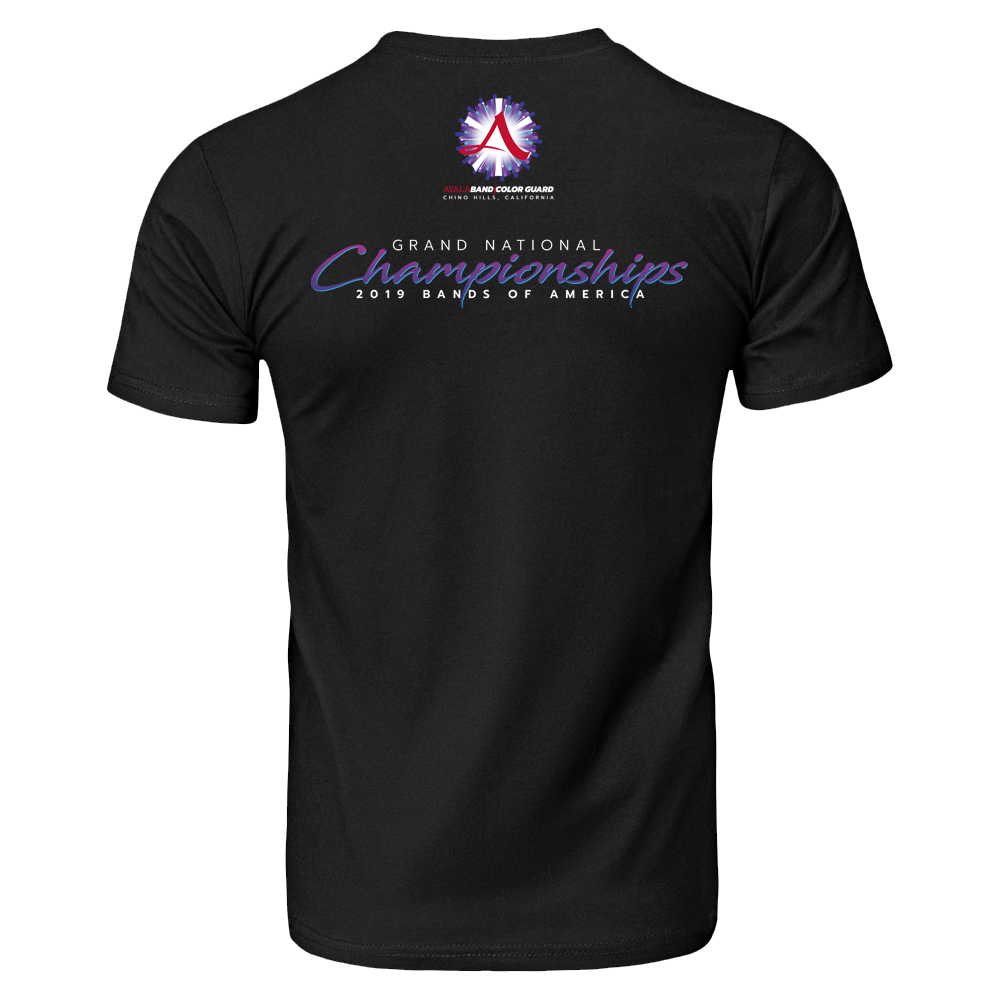 The Ayala Band and Colorguard is an award-winning marching music ensemble hailing from Chino Hills, California. They compete both locally in Southern California, as well as nationally, travelling as far as Indianapolis, IN for the Bands of America Grand Nationals.

I was commissioned to create an illustration for AyalaBAC’s 2019 Fall Production entitled “Wonderland.” The show involves a story progression from an initially bleak and dark stage, to one that’s bright and colorful, giving way to upbeat and energetic music.

Using the direct-to-garment process allowed us to break free of the typical constraints of a more traditional screen-printing process, which is usually limited to 5 or 6 colors. This allowed us to create an expressive, colorful print that took advantage of the DTG process' ability to millions of colors.